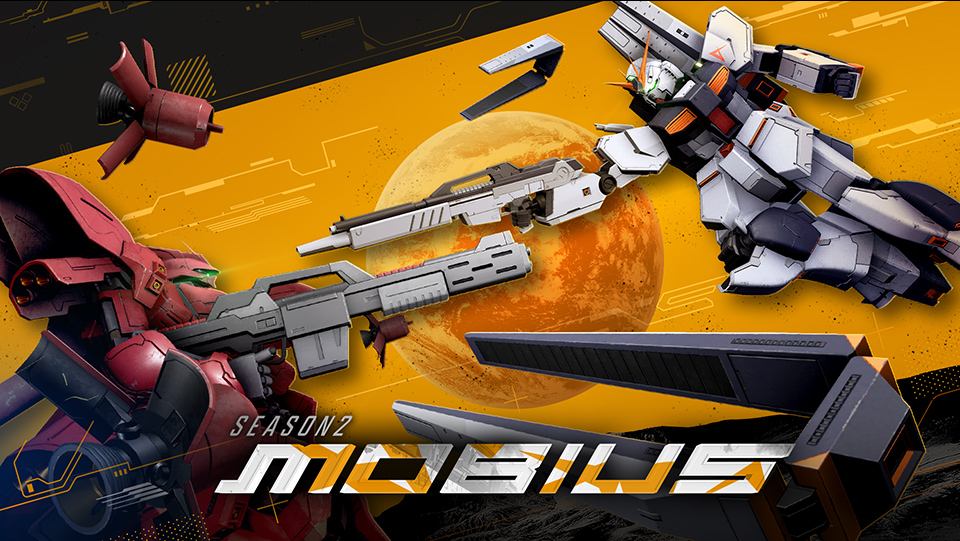 [Updated 11/30]We have fixed a number of issues during the November 30, 2011 maintenance. For details, please refer to the "Bug Fixes" section of this announcement.

Season 2 Mobius is almost upon us!
This notification will introduce you to the various elements available from the start of Season 2.

*The period may change.

Nu Gundam joins the fray in Season 2 Mobius!
A unit made for mid-range combat, specializing in shooting with its Beam Rifle main weapon and Fin Funnel Active Skill.

The Colony Trading Post has been added as a Destruction mode map.
Shutters and conveyor belts are placed around the map, altering sight lines as the match forges ahead. 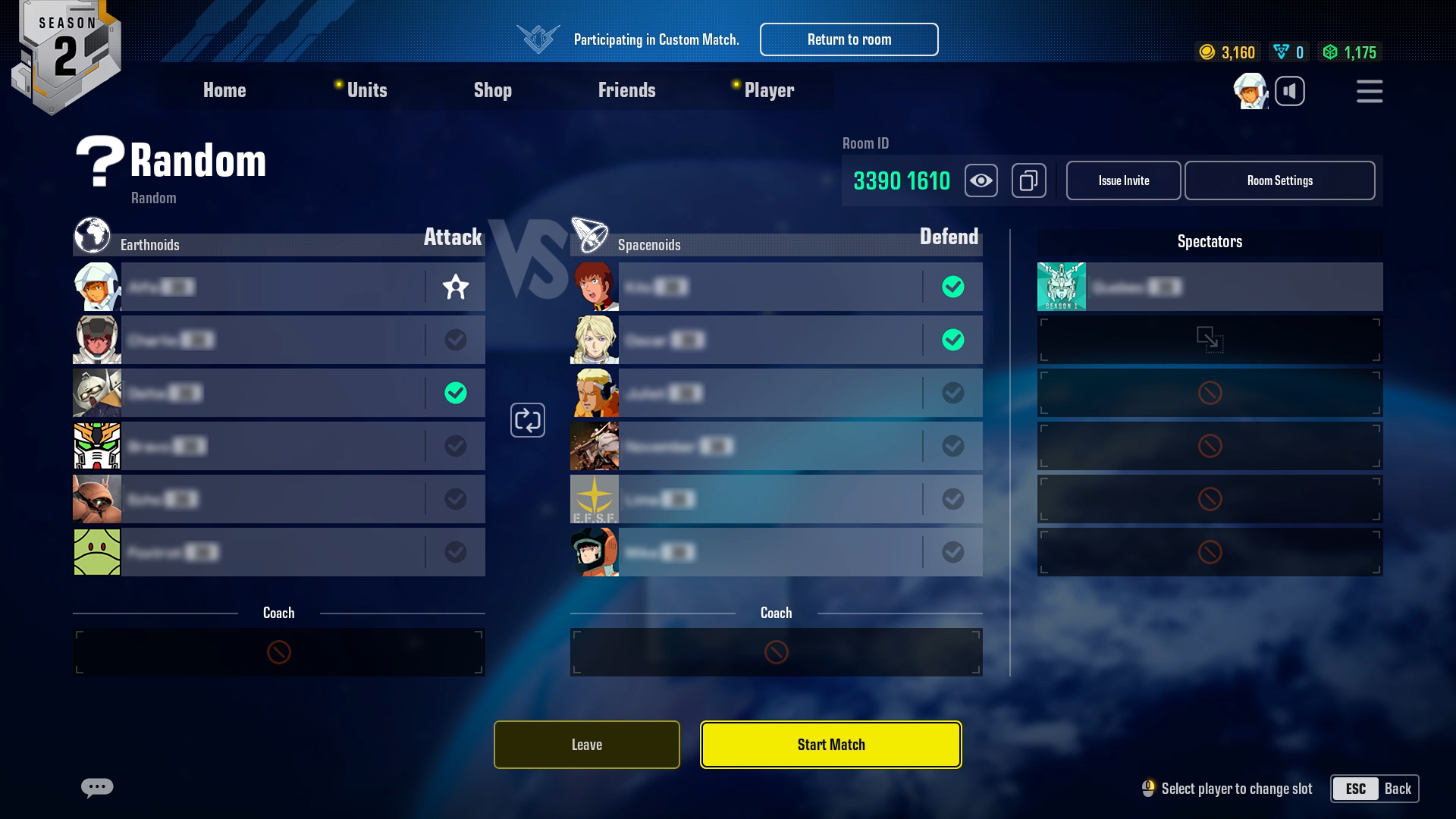 Custom Matches get even more features in Season 2 Mobius.
The following features have been added to make custom matches even more enjoyable.

A feature letting you enjoy custom matches as a spectator.
You can change the number of spectators in Room Settings.

Set a Coach for each team, letting them watch from each team member's perspective during the game.
You can toggle your Coach slot in Room Settings.

This feature lets players pause the game during custom matches.
Activate this in Room Settings to use this feature from the Options Menu.

Show or hide the Room ID displayed on a room screen.

Custom Matches are only available on PC for Season 2. Please wait for updates regarding the implementation on consoles.

You can now change your Player Name from [Player] > [Player Info]. 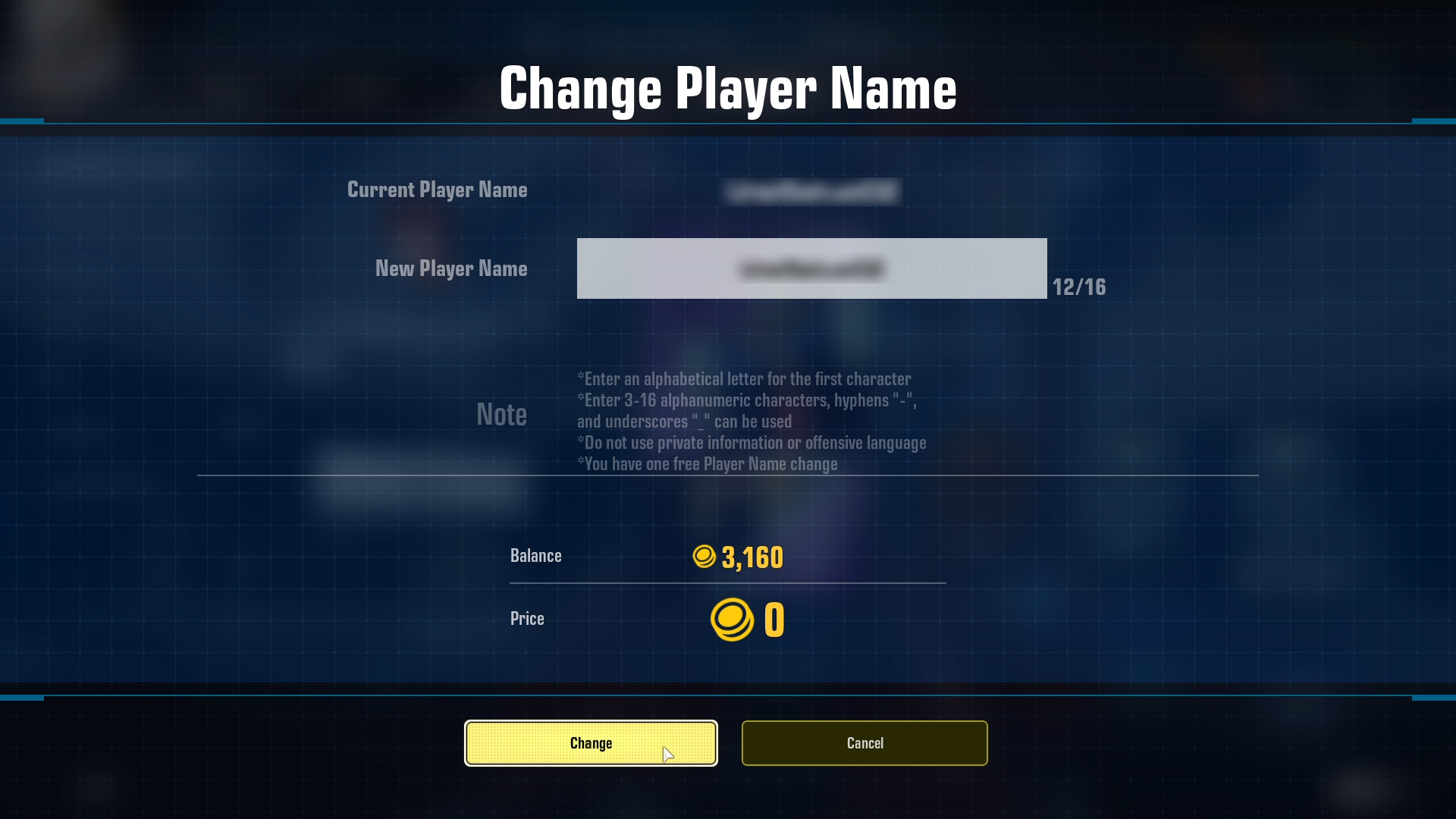 The first time is free, but subsequent changes will require EVO Coins.

The Change Player Name function is only available on PC.

With Season 2 on the horizon, we have implemented various adjustments to the rating and matchmaking systems for ranked matches.
Read the Season 2 Mobius balance patch notification for more details.

With the start of Season 2, ranks and ratings from Season 1 have been reset.
For PC players, we will distribute new titles to Season 2 Mobius as rewards, based on your final rank results from Season 1. 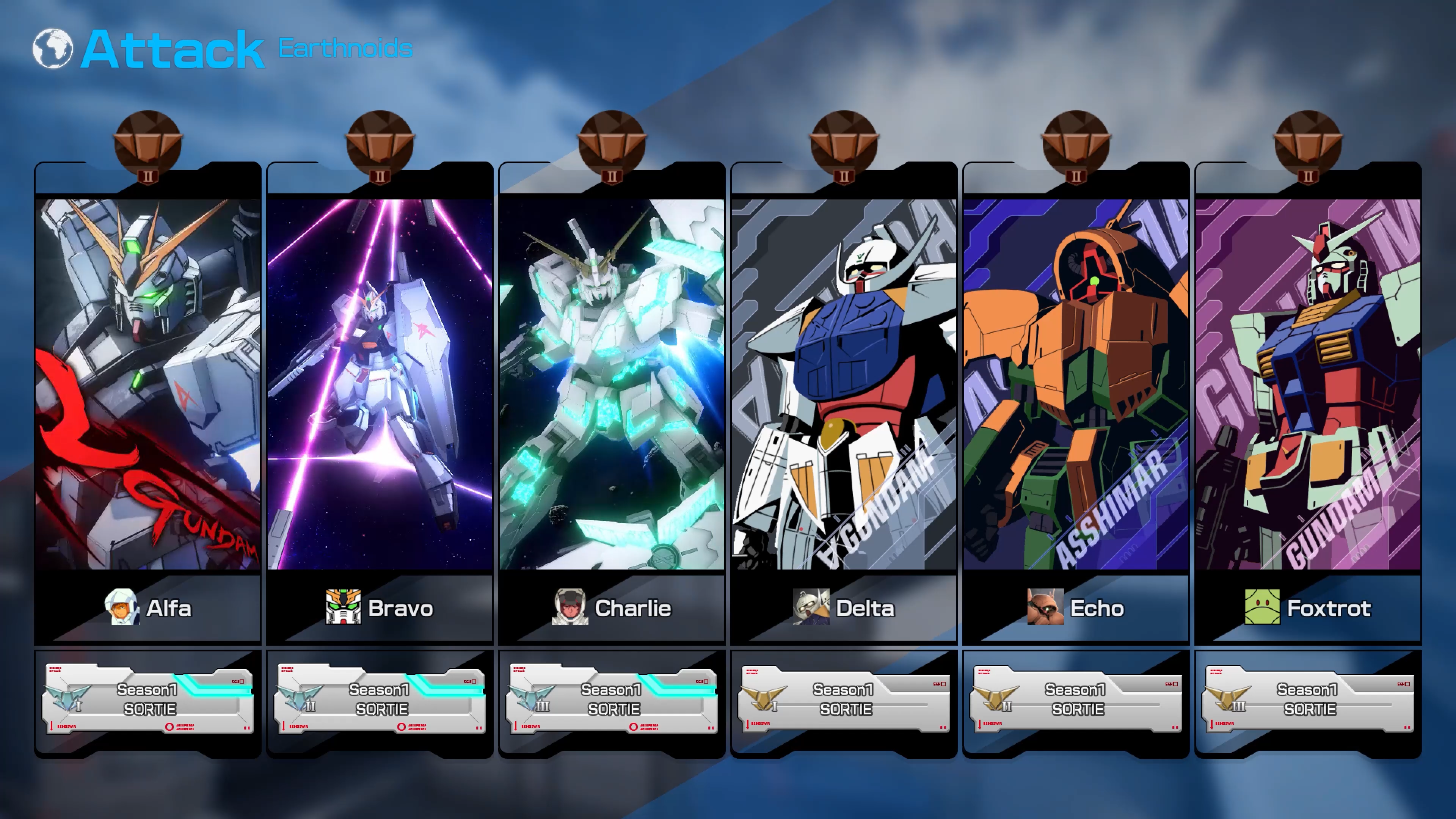 Titles will be applied at your first login during Season 2, and you can choose a title to set from your inventory from Title from the Player tab. As mentioned previously, players who logged in during Season 1 will be given a special title sent separately.

What is a Season Pass?

All players in GUNDAM EVOLUTION will have a Season Pass corresponding to the season.
By meeting requirements such as playing matches and completing challenges, you can get Season Pass EXP that increases your Season Pass Level at certain intervals, offering access to various rewards based on your level.

You can use EVO Coins to upgrade your Season Pass into a Premium Pass, offering access to extra rewards for each level.

Season 2 Mobius Season Pass Premium Pass rewards include the legendary unit skin "Active Resonance" for Nu Gundam, up to 990 EVO coins, and other customization items.
*EVO Coins, which are needed to upgrade to a Premium Pass, will become available on consoles after the 12/1/2022 maintenance.

In this pack, you can unlock the Nu Gundam unit, and obtain customization items such as a Unit Skin, Weapon Skin and Portrait.

What are Supply Pods?

Open these to get random custom parts.
You can get each type of supply pod by using its specified in-game currency, such as EVO Coins, Capital, or Supply Pod Tickets.

EC Pod Mobius arrives in Limited EC Pods at the start of Season 2.
Gain access to exclusive custom items for units such as Nu Gundam and Sazabi.

Limited-time items may appear again at a later date after sales close.

CAP Pods and Ticket Pods are also refreshed, so check "Item Provisions" for each Supply Pod in-game for details.

After the 11/29/2022 maintenance - before the 2/1/2023 maintenance
*The period may change due to circumstances.
*Available items may reappear in the future after the period ends.

There will be an in-game event to commemorate the service going live for consoles.
EXP points are boosted after casual and ranked matches, making it easier to gain Player Levels.
The increased amount differs based on result items.

New PC live service areas will be added after the 11/29 maintenance.