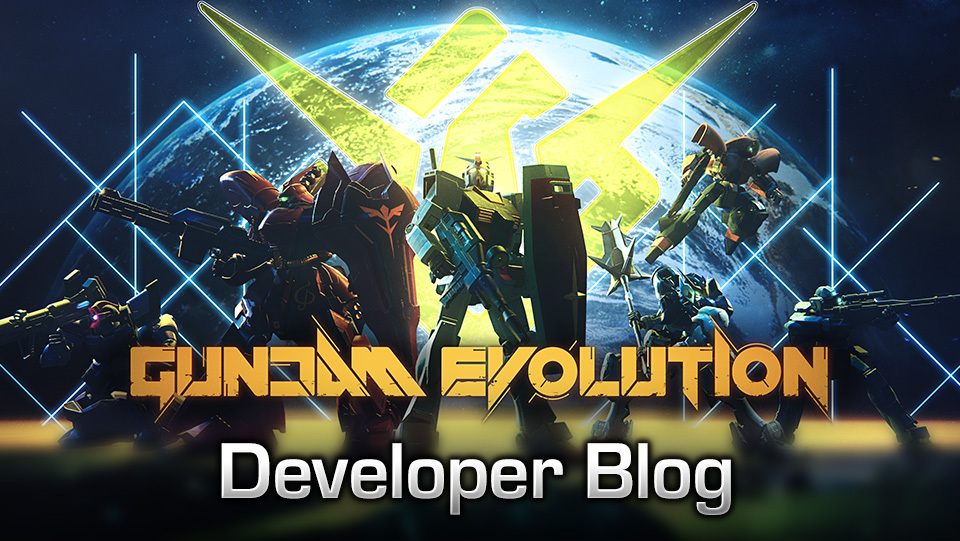 Hello everyone! I’m Maruyama, the producer of “GUNDAM EVOLUTION”.

I would like to thank everyone for the overwhelming response we have received from our announcement that GUNDAM EVOLUTION is releasing in 2022 on PS4, PS5, Xbox Series X|S, Xbox One, and PC/Steam in many countries around the world. We couldn’t be more humbled by your kind words, excitement, and encouragement.

To commemorate this occasion, I would like to take an opportunity to address our new fans with some key information about our upcoming Gundam Team Shooter game.

Tagline: "Move Beyond Your limits!"

A tagline is meant to evoke the core spirit of your game or product. When crafting our vision for GUNDAM EVOLUTION, we felt there were some key design elements that could help us formulate our messaging. Our game features fast-paced Mobile Suit team battles where players can crush their opponents with a wide variety of different Mobile Suit skills and boost abilities. Furthermore, coordinating with your team to maximize your tactical prowess can mean everything in an ever-changing battlefield. We’re moving into a new space, a new frontier if you will, where we feel these game elements are come together in an exciting way like never before, whether playing for fun with friends or competing with your rivals. Considering all of the elements we wish to bring to fans playing this game, we decided on “Move Beyond Your Limits!” as our tagline and catchphrase. 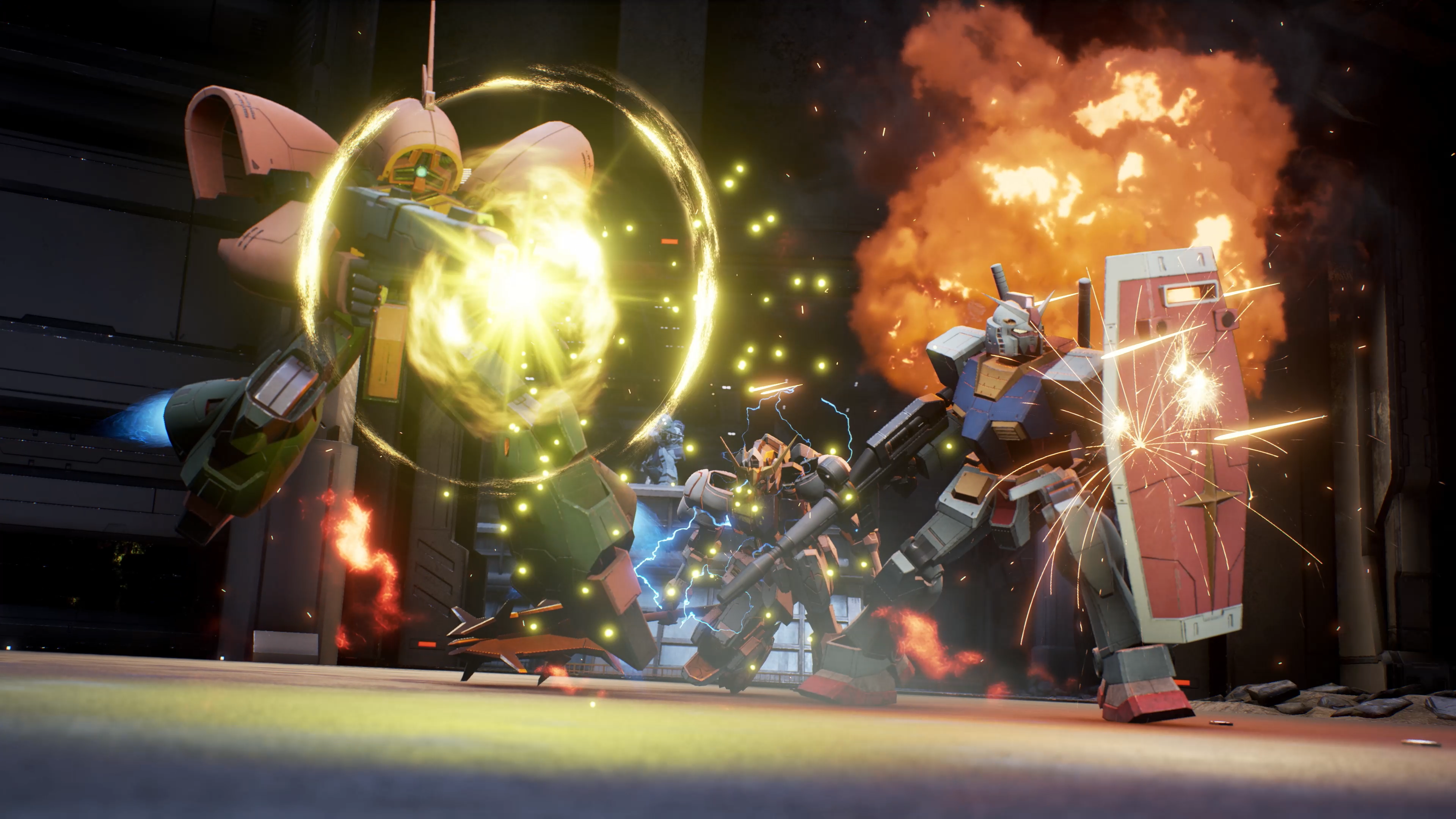 In GUNDAM EVOLUTION, teams of 6 face off in various objective based battles across earthly and lunar battlefields. We feel that the best way to express our gaming category is “Team Shooter” as it is well used within the FPS (first-person shooter) and TPS (third-person shooter) genre, while also holding elements of the “Hero Shooter” subgenre.

In a more traditional hero shooter, players have access to unique characters each with their own special weapons, stats and skills. When comprised into respective teams, each of these characters can play a unique and often specific role on the battlefield. Often, there is a necessity to not only select specific characters but also maintain the role of that character throughout your matches to win your battles.
For GUNDAM EVOLUTION, we wanted to provide players the freedom to select their favorite Mobile Suit Unit from their favorite Gundam Anime. Considering character balancing, map layout and the like, this was truly a difficult task for us, but one that we have been extremely passionate about since beginning development of the title.

One of the biggest focuses for our team was to give all Mobile Suit Units the ability to engage and successfully destroy their opponent using every method at their disposal. Through skillful maneuvering, tactful close-quarters combat, and full use of each skill to maximize your firepower, we aim to give every Unit the ability to turn the tide. Our overall objective was to build the title to allow all players to create flexible teams with any Unit arrangement they wish. To fully allow for any arrangement of Mobile Suits, we also needed to measure how players manage Health throughout gameplay. We have implemented an Active Repair System, a function that recovers a Units HP little by little after a period of time passes from last damage dealt, which allows players under fire the chance to escape and recover before returning to the fight. Additionally, a wealth of Repair Pods that are populated throughout the various maps assist players in healing up to quickly return to battle! Taking all these elements, we wish to connect the charm of the Gundam series to the structure of our Team Shooter design to create a game that can be enjoyed by Gundam fans even if they have never played an FPS or shooter title before.

At the same time, we also strove to make the game enjoyable for those who have lots of experience with FPS games. We are working very closely with pro-gamers in the FPS space to ensure we hit the mark of in terms of competitive expectations. Additionally, we purposefully built our dev team with battle developers who are very close to the competitive scene.

We are continuing to work hard to release the best game possible later this year. We are very thankful for your support and look forward to sharing more exciting information in the near future. Be sure to follow us across our newly opened English social channels and stay tuned for our next blog!