Thank you for playing GUNDAM EVOLUTION.

We initially had 5 placement matches for new ranked match players as a way to pre-rank all players. However, contrary to what we expected the ranking system did not balance every player's skill level in a way the development team had expected.
Taking already ranked players and the ongoing issue into consideration we have come to this decision.

Players with a rating below 3,500 at the time of maintenance will have their rating increased to 3,500. Players with a rating above 3,500 will keep their ratings.
Regarding placement matches, they will come back at a later date with an adjusted algorithm. As for the Season 2 rating reset, Silver players and below will maintain their ratings, all Gold players will be reset to Gold IV, and all players Platinum and above will be reset to Platinum IV.

Currently, winning or losing a ranked match changes rating scores by about 20. Relatively speaking, since this was a small number compared to the the rating cutoff points, we have received feedback that the rating change per match was too small.
We will increase the amount of ratings scores gained or lost per game so players can feel they are improving faster. In a situation where you are playing a ranked match with perfectly even teams we plan to increase the ratings change by 75%. (About 35 vs 20 right now)

Since we are increasing the rate of change, we will also adjust how the scoring changes when two teams of vastly different overal ratings play eachother.

We will announce when the maintenances will take place for the above changes to be implemented at a later date.

・Placement matches will be removed temporarily and new users will be given a rating of 3,500 (Silver IV).
・Players with a rating below 3,500 will be raised to 3,500. Players whose ratings are above 3,500 will keep their ratings.
・We will increase the maximum value of ratings change per ranked match by 75%.

Ragarding other feedback we have received from users.

Queuing into ranked matches as solo or party

We would like to share some data regareding solo and party queue for matches.
The information combines ranked and casual matches but we would like to clarify that the numbers are similar between both. 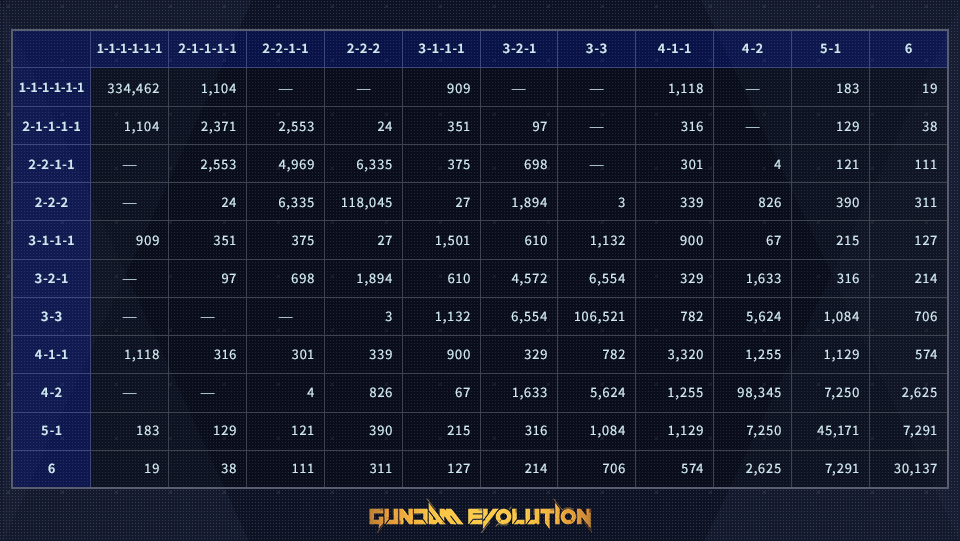 Due to this information, we believe that unfair matchmaking isn't taking place, in terms of party sizes.
That being said, we are carefully reading the feedback we have received regarding solo queuers being matched up against parties. We will continue to monitor this issue and adjust accordingly.

At the end of the season, we plan to give all ranked players a "Title" item.
A "Title" will be an additional customization item that players can use starting in Season 2.
We had planned to give out titles according the ranking at the end of Season 1, however due to the ongoing issues, we have decided to make some modifications.

Currently, we have implemented a system where a difference in rating of 3,000 will disallow players to party for casual match queues.
However, due to the ongoing issues/discrepancies in ratings, we have decided to remove this function completely.
Please understand, that this affects other parts of the game, so we will not be able to implement this right away.

We'd like to apologize for all the inconveniences that we have caused the players of this game.
We understand that some of the measures mentioned above will reset some player progression that has been accumulated to this point.
However, we decided that instead of leaving a faulty system in place it would be better to take the measures mentioned above. We hope for your understanding.

Lastly, we'd like to stress that we will continuously be making fixes/changes so our players can have more fun while feeling a sense of satisfaction.
Please continue to share your opinions about the game so we can continue to improve on this game.

From the Gundam Evolution Team - Thank you very much.