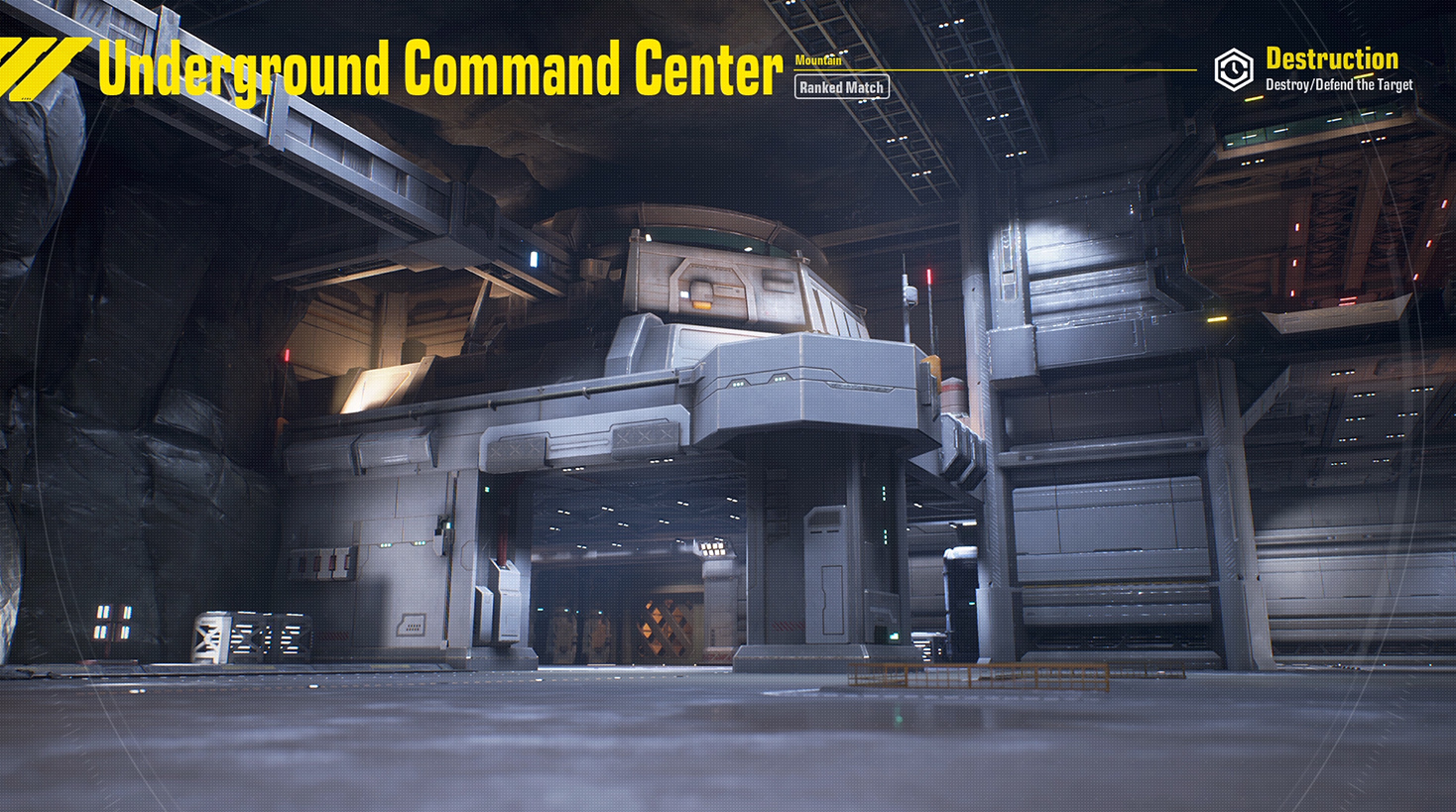 In Destruction, players are divided into Attacker and Defender teams that compete to destroy or defend Objectives.
Attackers are to destroy Objectives within the Time Limit by arming Megacharges, while Defenders are to disarm them.

Each Match has two rounds. At the end of the first round, players will switch sides.
There are several Waypoint Areas throughout the Map. Waypoint Areas captured by the Attackers may be used as a Sortie Zone.

By destroying either of the two Objectives in Area 1, Attackers will unlock Area 2. When this happens, the Sortie Zone for both teams will change.
The round ends either when both Objectives are destroyed by the Attackers, or when the Time Limit expires with the Defenders having successfully held their ground. At the end of the round, players will switch sides. 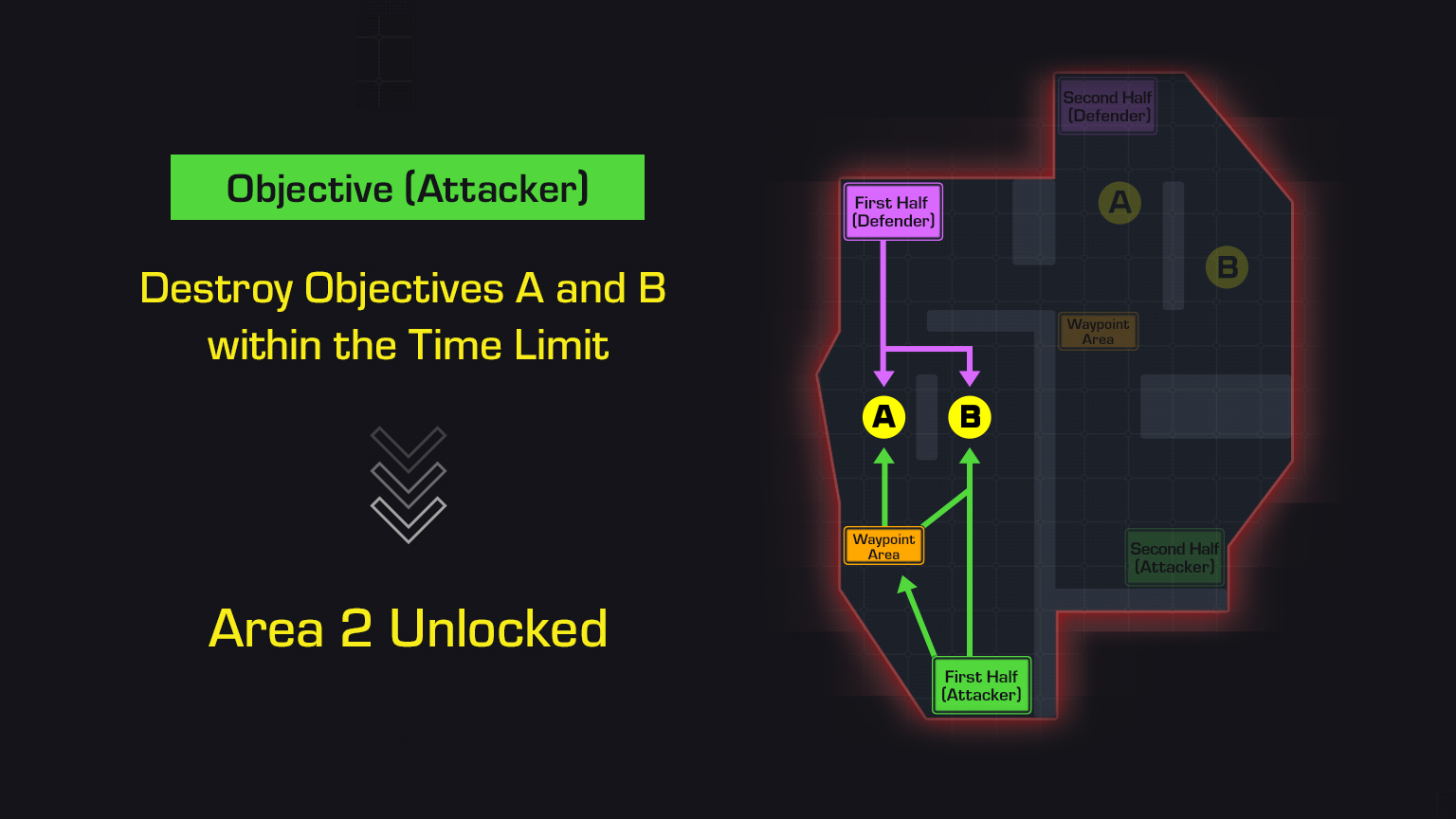 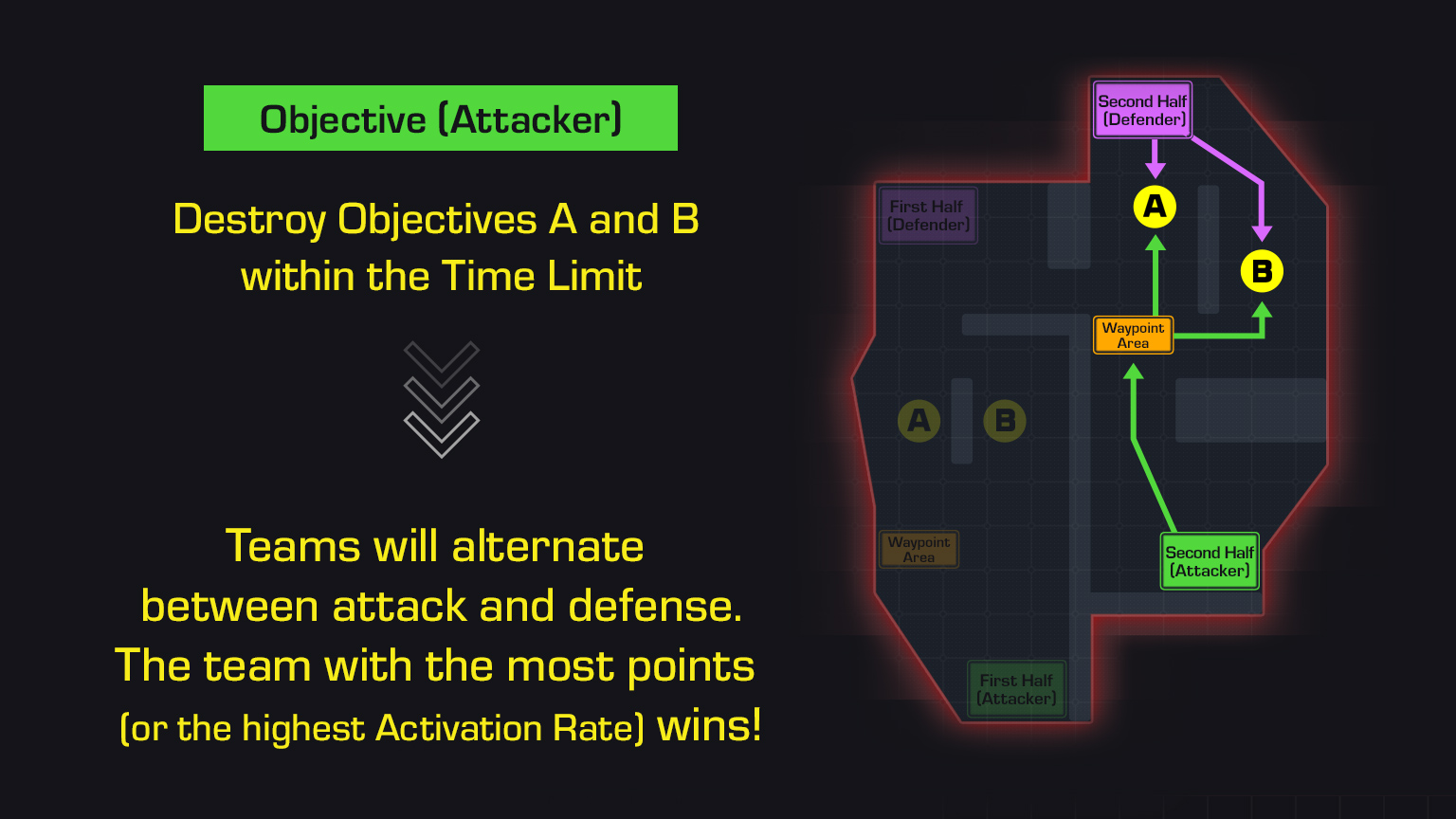 *The above map is for illustrative purposes only. Actual map may vary. 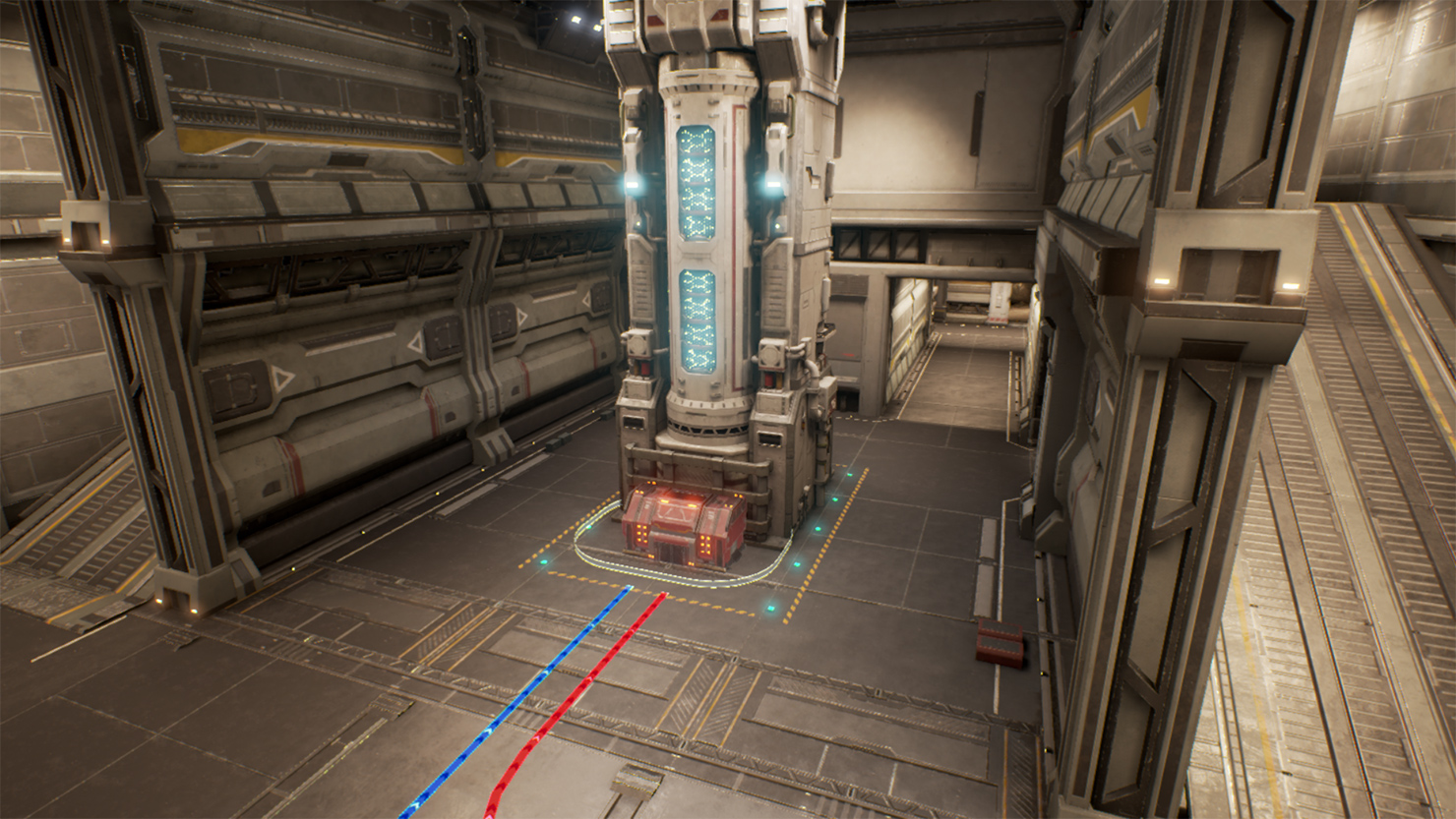 Press and hold the "Interact" key to disarm a Megacharge. 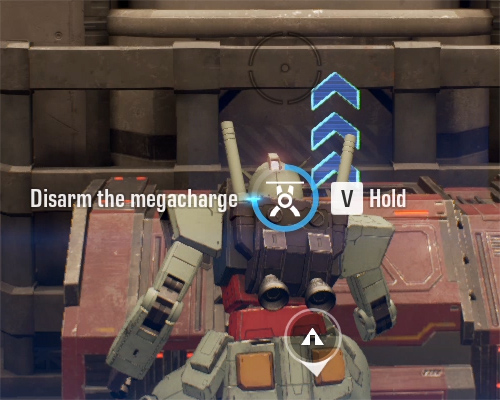 If certain conditions are met by the time the Time Limit expires, the Match will go into Extra Time, and the round will continue.

The team which has gained the most points by the end of all rounds wins.
If both teams have the same number of points, victory will go to the team with the highest activation rate of planted Megacharges.

If both teams destroy both Objectives and bring the match to 2-2, rounds 3 and 4 will be triggered as overtime.

If the Attacker team fulfills both of the following conditions during overtime, they forfeit their right to attack, causing the attacker round to be skipped.

When capturing the Area 2 objective, the Attacker team transitioned into Extra Time, but the Defender team did not.

When the Defender team round ends, over 1:30 of time remains, and the capture time difference with the Attacker team was over 1:30.

*When the right to attack is lost and a round is skipped, that round becomes the final round.

*In a final round triggered by the loss of attack rights by either team, the round will end when the Attacker team reaches 25% activation rate of Area 1, resulting in their victory.