If you leave a ranked or casual match and do not return, a leaver penalty will be enforced. 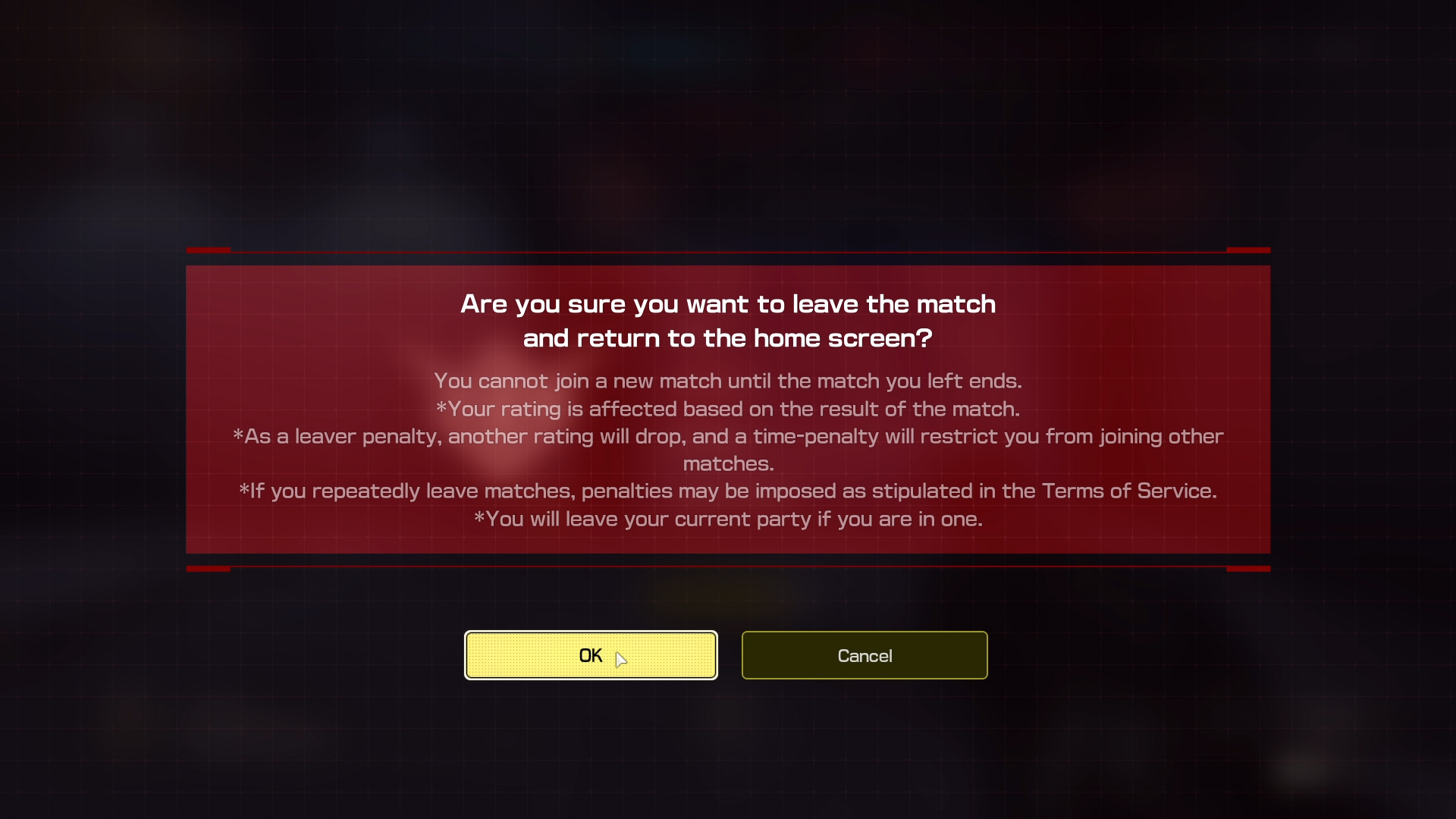 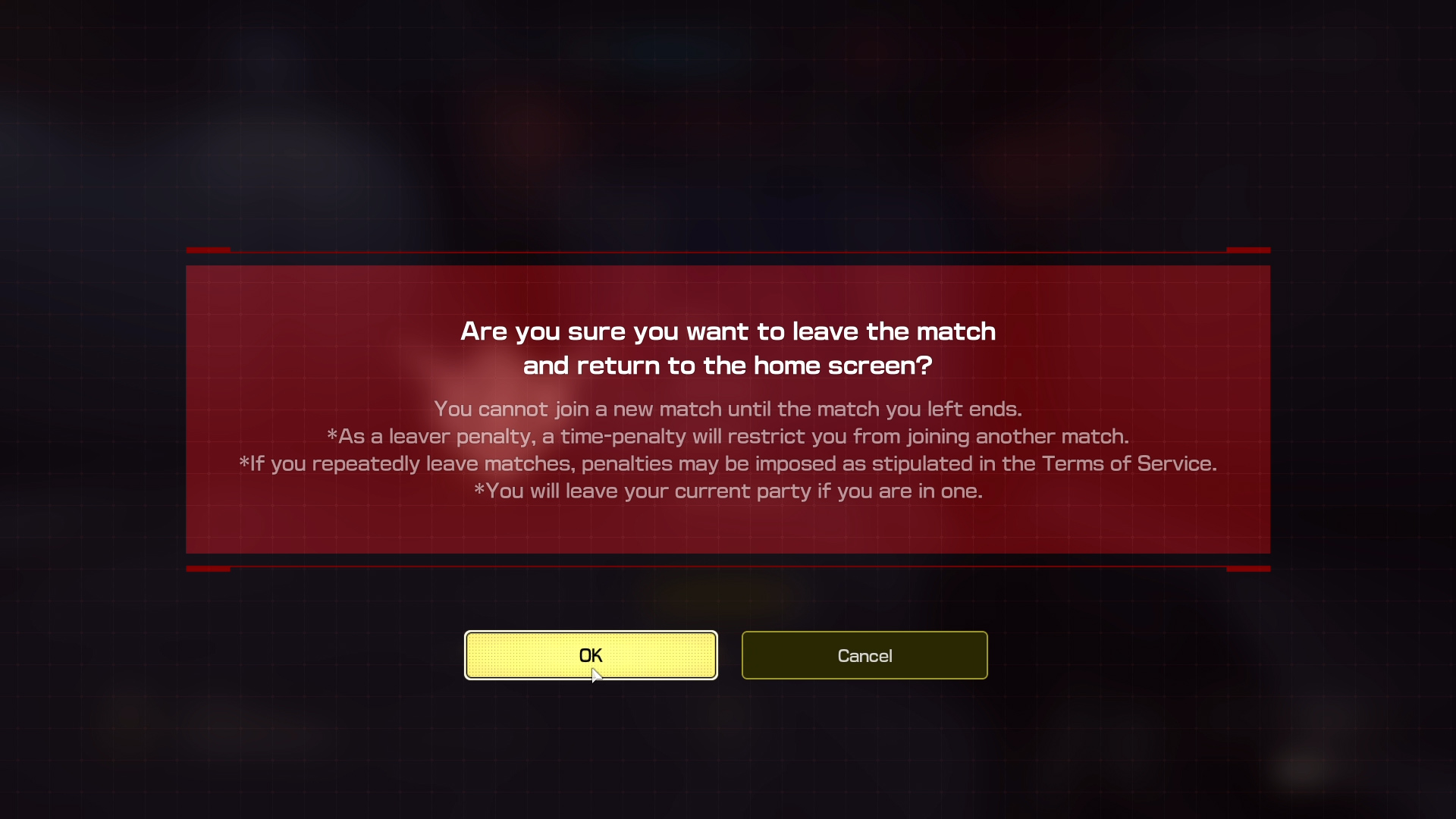 The Leaver Penalty is waived in a match under the following conditions. 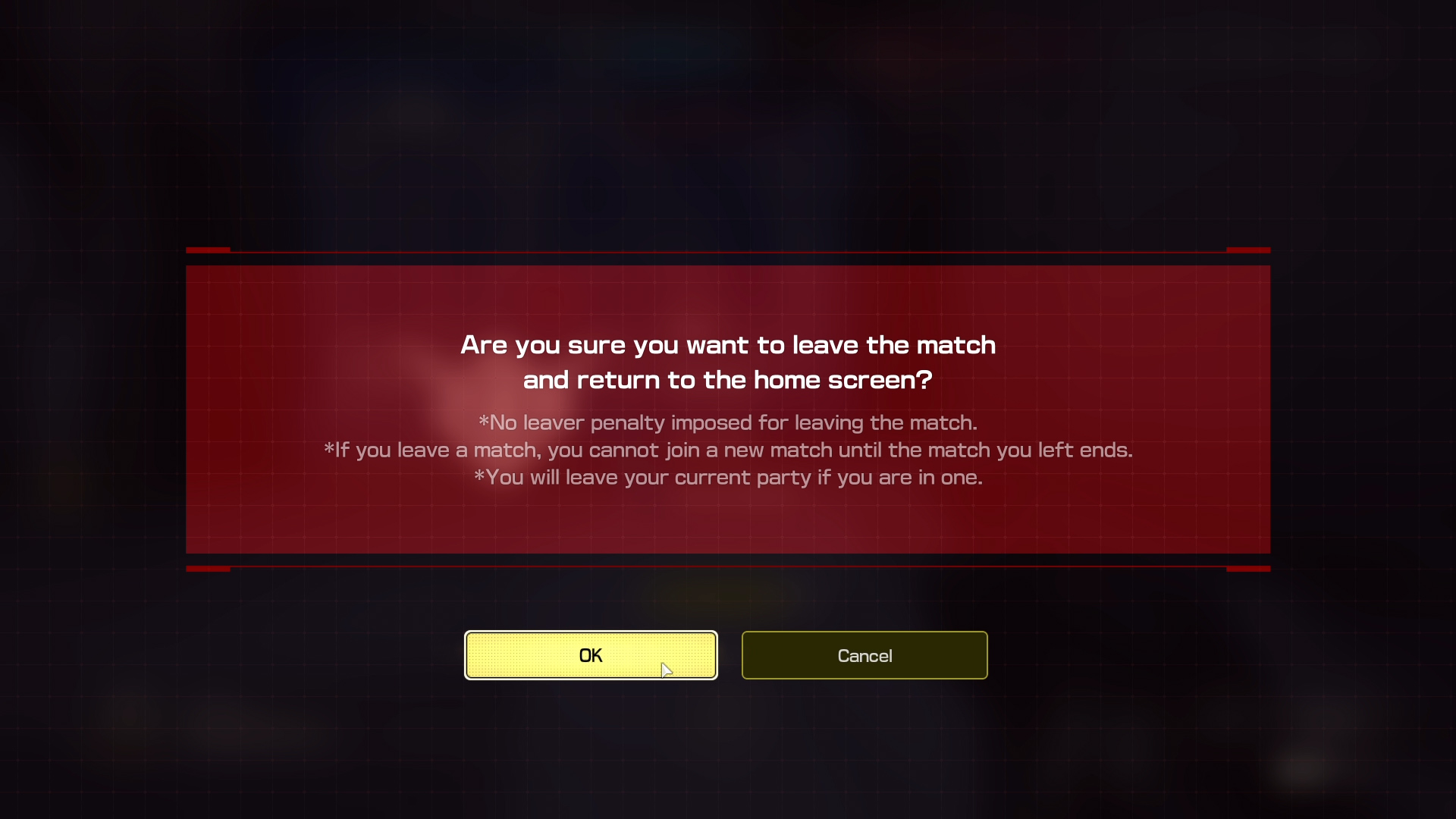 Even if you are waived from leaver penalties, your rating will be affected by match results.

There are up to three penalties that may be issued based on the type of match a player leaves.

Penalty for Leaving a Casual Match

Penalty for Leaving a Ranked Match

*Disabled match period and rating change will increase with the number of times a player incurs penalties.

When a leaver penalty is issued, you will receive the following notification.

After Leaving a Ranked Match 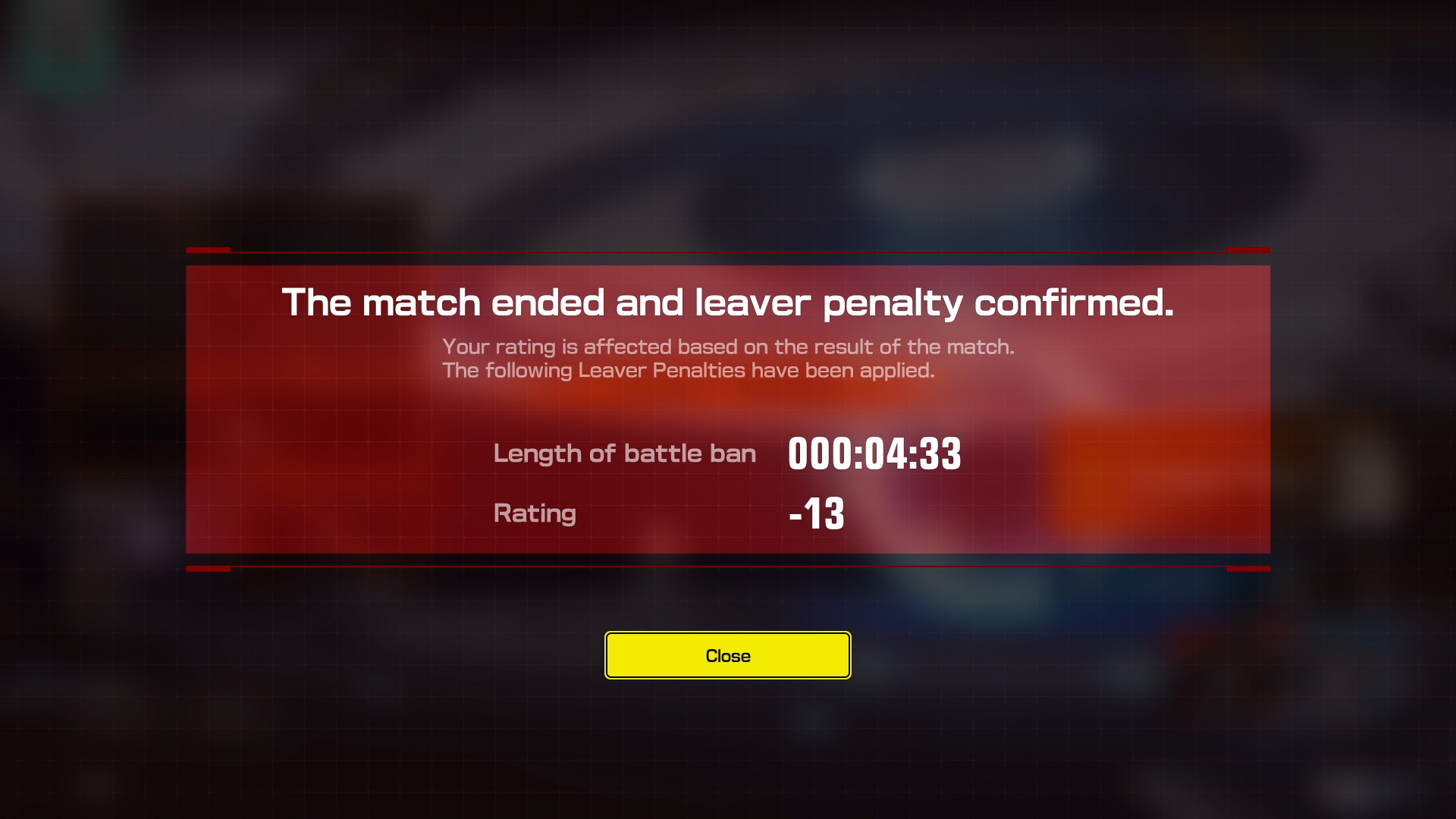 After Leaving a Casual Match 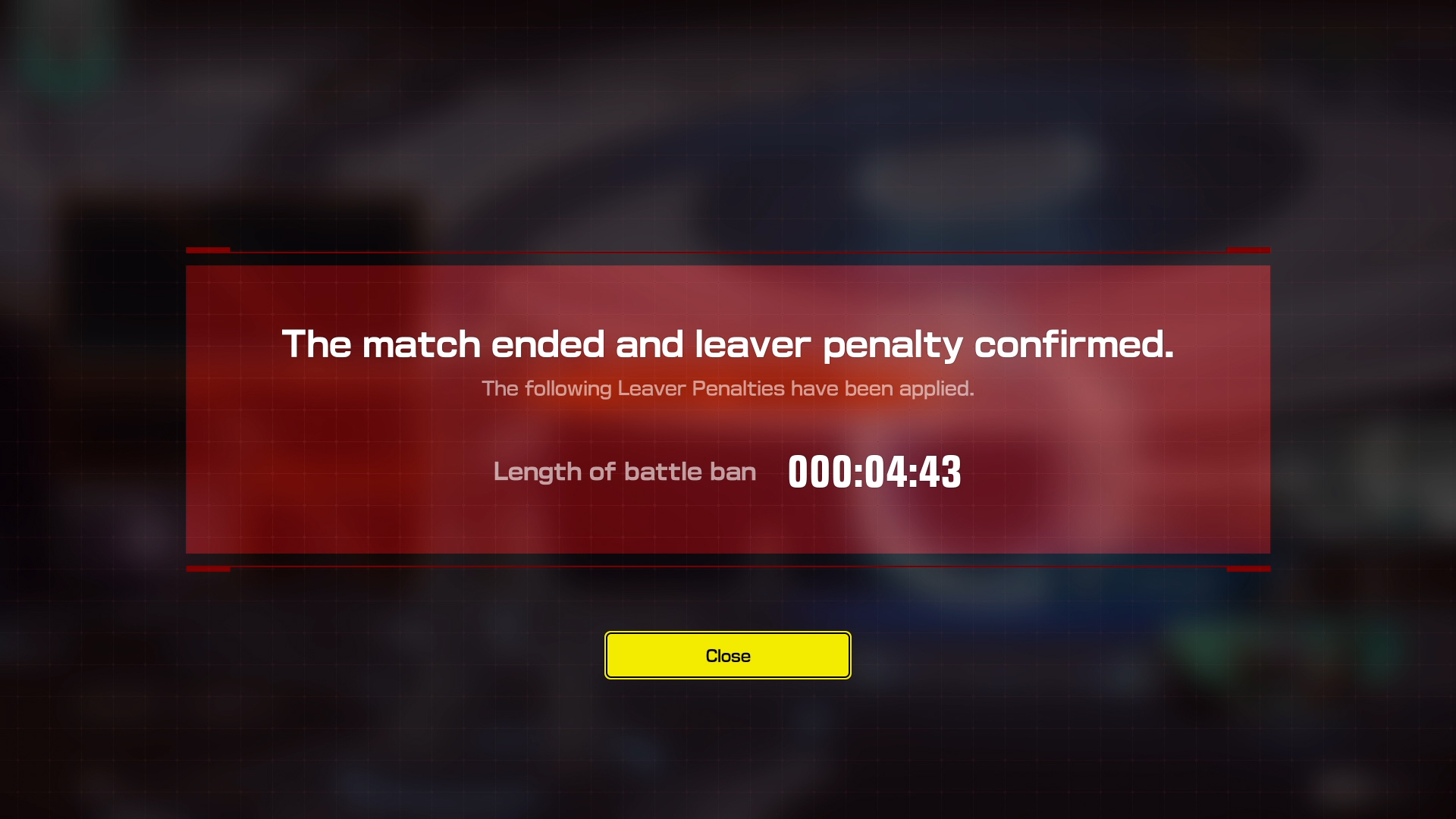 You cannot join a match until the match you left has ended, and the Leaver Penalty goes into effect when the match ends.

If a Match Ends After Leaving 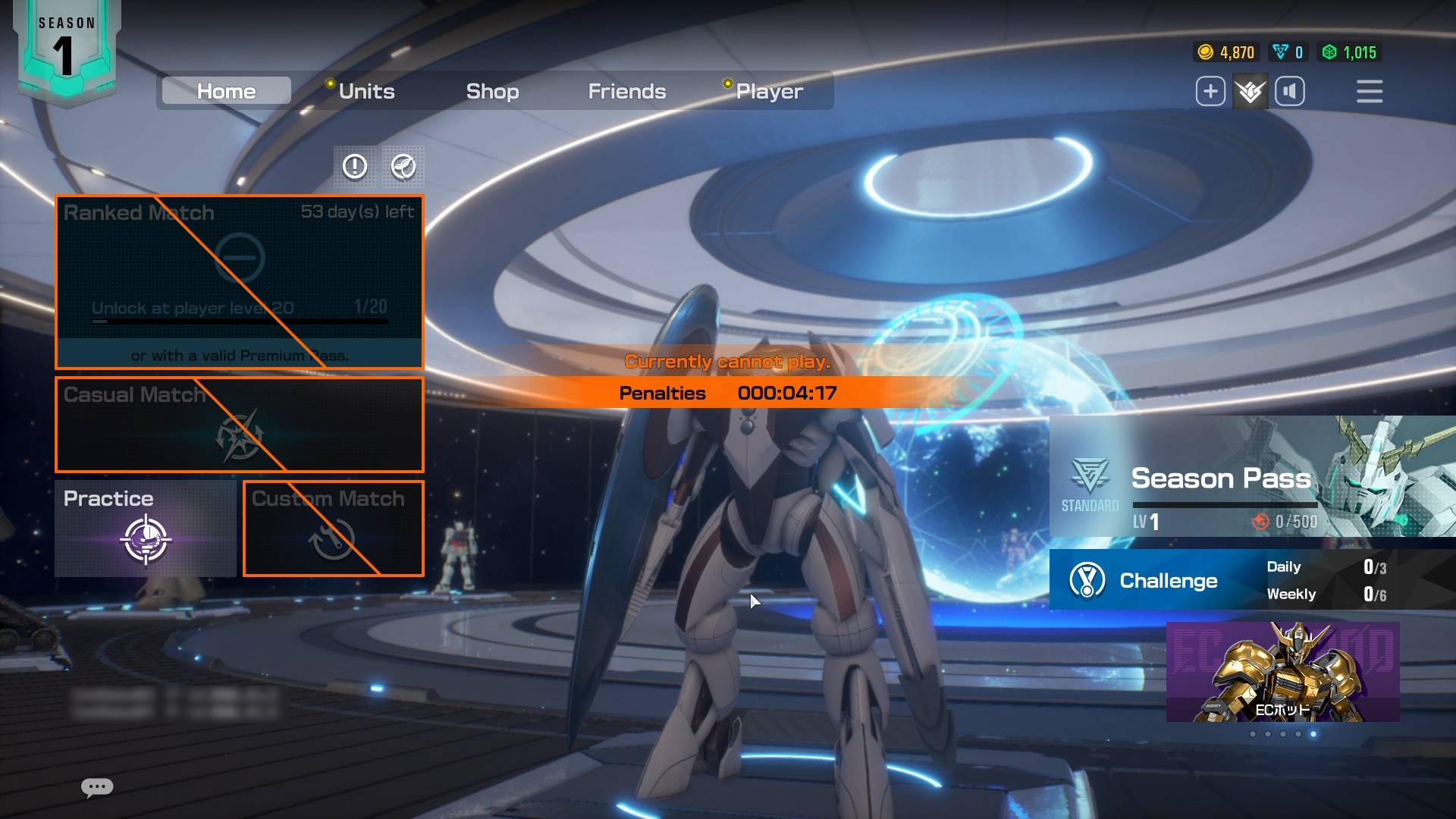 When playing ranked matches, there is a rating penalty incurred as a leaver's penalty, and the match you left will also affect your rating according to results.
There is no rating penalty when leaving a casual match, and your rating does not change.