Thank you for participating in Steam Network Test.
We are glad to inform you that the Development & Operation Team has finally finished reviewing your survey answers, reviews, and requests, and compiled them in the following game report. We hope this will become a useful reference for future betterment of Steam Network Test and the game.

We received a lot of positive feedback about "GUNDAM EVOLUTION". We will take all opinions into consideration and use them to further improve the game. Additionally, we would like to address some of the requests you sent us.

Finally, we have also received several requests for the implementation of aim assist when using a game pad. Unfortunately, we have determined that such a measure would be unfair to other players, which means that aim assist will only be available on console versions. We kindly ask for your understanding.

We also received an incredible amount of feedback related to units other than what was mentioned above.
Making each unit unique and balanced is a core concept of the game. Battle Director Hogaki further elaborated on this in Developer blog Vol.3 post. Check it out!

We received lots of positive feedback about the three game modes, including ones related to the inherent fun in choosing units and the constant suspense in matches.
On the other hand, we also received opinions about rules not being clear and requests for a game mode where players can roam through the maps and analyze them at their own leisure. In response, we will consider how we can better convey this information and make it easier to access.

One of the focuses of this Network Test was to observe how customization, in-battle Stamps, and various other items would perform under a variety of scenarios.
Meanwhile, we also received lots of requests for items and customization features related to the original series.
We would like to address these requests by assuring you that your voice has been heard, and we are already adjusting current Unit Skins, Icons and items, as well as working on new ones, based on your feedback.

Top Units by Sortie Time (All)

Most Used Units by the Top 10 Players in Rating Rankings

Here are the units that the top 10 players used the longest during the Network Test in each rating ranking.
The data suggests that even among the top players, there's no consensus about which are the best units.

Breakdown of the Number of Players by Rate 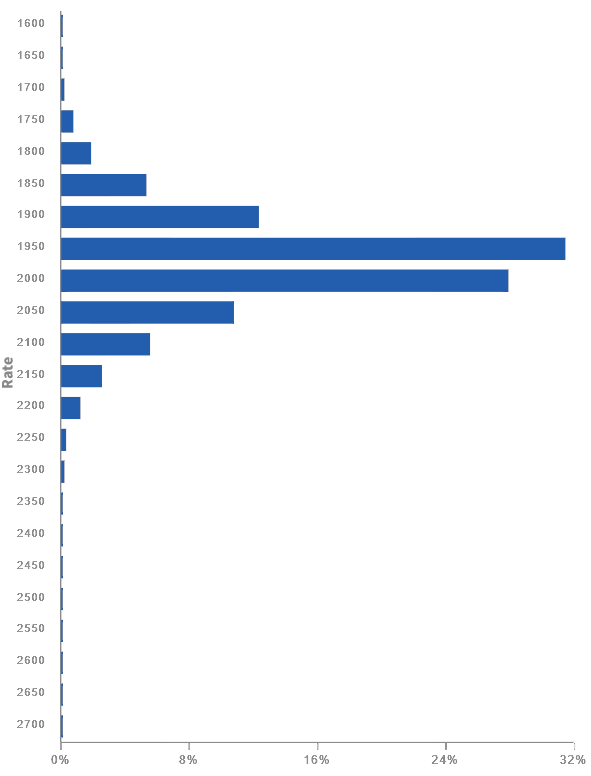 Finally, we would like to thank all players for participating in the PC Network Test. Your opinions and feedback will be used as reference for further improvements and adjustments leading up to the official release.
As stated in Developer Blog Vol.2, the next Network Test will be for game consoles in the United States, Canada, and Japan regions. More details will be available in late May, so we hope you look forward to it. Thank you for supporting "GUNDAM EVOLUTION"!